Who can Buy off your new GSA contract?

I speak with many sales people and business developers in firms that have just been awarded a GSA contract.  The primary focus of those discussions revolves around exploiting their new listing in the GSA schedules program by enhancing their Federal marketing strategy and tactics to generate qualified leads, analyzing competitors and agencies, and related sales issues.  But often, they want and need to understand some important technical contract issues.  The question I receive most -  Who are GSA Eligible Buyers?

Sales people intuitively understand that GSA contracts are primarily used by Federal executive agencies to purchase millions of commercial products and services, to the tune of $38 billion. Executive agencies are those agencies that are part of the executive branch of government, such as Cabinet departments and their sub-agencies (Department of ABC, XYZ Administration, etc). But many sales people are surprised to learn about other organizations authorized by law to purchase off the GSA Schedule.

For example, non-executive agencies that are part of congress and the judicial branch can also purchase off GSA schedules.  Examples include

The House of Representatives and the Senate, not surprisingly, can purchase from GSA Schedules.  Some other governmental groups are granted permission to buy off of GSA Schedules, such as the District of Columbia government, tribal organizations, and the governments of US territories and possessions.

Some other organizations that deal with international affairs can also buy off of GSA scheudle, such as the

When reviewing the listing, I am frequently surprised to learn about organizations I’ve never heard of before.  I’ve been involved with the government for thirty years and until recently I didn’t even know that there was an International Coffee Organization, or an International Institute for Coffee, or the Inter-American Statistical Institute.  I don’t know what they do, but I do know that they can buy off a GSA Schedule!

The two groups that  cause the most confusion with sales people seem to be whether or not State and Local (S&L) governments and federal contractors can buy off the schedule.  Currently, State and Local governments can buy off of just two schedules at any time. This includes Information Technology (GSA Schedule 70) and Law enforcement, Firefighting, Security (GSA Schedule 84).  Authority for this is specified under the Cooperative Purchasing program.  Hopefully, other schedules will be opened to cooperative purchasing in the future.

Fortunately, provisions exist to allow State and local governments to buy off of other schedules under defined circumstances.  For example, under the Disaster Recovery provisions of a GSA contract, S&L governments can buy off of any schedule, but this is limited to purchases pertaining to recovering from a disaster (a congressional response to Hurricane Katrina in order to help state and local governments following disaster). State and Locals can also purchase equipment suitable for counter-drug, homeland security and emergency response under what is known as the 1102 program.  Finally, they can also buy off Schedules if they are spending Federal grant money during public health emergencies.

Some government prime contractors can also purchase off GSA schedules, but only for governmental purposes.  If a prime contractor calls and tells you they are authorized to buy off the schedule, don’t just accept them at their word.  Ask them to provide you with a letter from their Government contracting officer stating they are authorized.  If you don’t have such proof, and it turns out the purchase was not done on the government’s behalf, then you could risk triggering the price reduction clause of your GSA contract.

The above is not all inclusive list of who is eligible.  GSA periodically updates the list of eligible buyers in a document called “Eligibility to Use GSA Sources of Supply and Services.”  I would provide a link to this but GSA is constantly changing the location of this document  on their web site, so it is best to just Google this document and the top result or two should be the official GSA document. 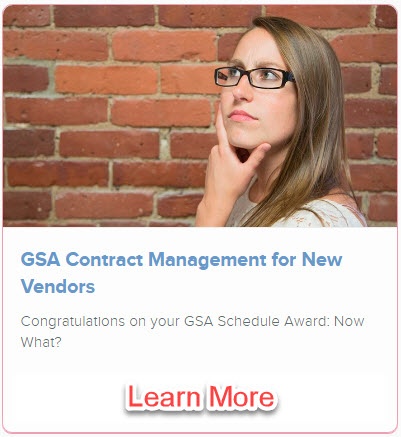