What you may have missed if you were on Vacation

Hopefully you have been enjoying some time off this summer and if so, you probably missed some important news and stories.  Here is a recap of some of the more interesting items you may have missed.

A new report is taking a look at federal management reform with fresh eyes, using the private enterprise as inspiration. It is meant as a directive for agency leaders and the administration seeking to eliminate waste, overlap and unnecessary spending. The government should conduct itself more like an enterprise, the report reads.

Government agencies have recently announced cutbacks to their participation in conferences.  Some of these cutbacks stem from abuses by GSA and VA who spent excessively on needless conferences and offended congress and taxpayers alike.  But abusive spending is not the only reason for such cutbacks, as witnessed by the Army’s recent announcement that its personnel could only attend DoD sponsored events. With tightening budgets, agencies are learning how to do more with less money.  Secretary of the Army John McHugh explained, “We must continue to implement more cost effective and efficient methods to train, plan, collaborate and disseminate information.

Has your Company reached a Plateau?

When the owner of a company says “business has been pretty ‘flat,’” in a single word, he/she conveys a lack of change in gross revenue, net profit, the size or number of customers, and the number of employees.  You can just imagine the graphs and charts being reviewed at their company meetings.

9 Reasons to Be Optimistic About the Economy

While not being overly bullish, author Gene Marks writes if you're running a small- or medium-sized business, you will likely have an OK year in 2013. Tthe overall picture of the U.S. economy remains one of exasperatingly slow recovery from the Great Recession" but even so, the big four indicators continue to rise.

Why you should Avoid Searching for the best Government RFP Database

While RFP opportunity tools can be invaluable IF USED APPROPRIATELY, they beg the question, why would you want more RFPs?  Seriously!  If an RFP is already out there, then the bulk of an agency’s solution has already been defined and one of your competitors very likely helped define both the problem and the solution.

Federal agencies have seen progress in the last year with managing their records, but challenges persist, according to a new report by the National Archives and Records Administration. This year, 20 percent of agencies scored low risk, 44 percent moderate risk and 36 percent high risk. According to these results, the number of agencies scoring in low risk has increased.

Open Market - Selling Items Not listed in your GSA Contract 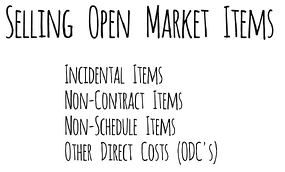 Deloitte Consulting on how Technology helps Government Achieve its Mission.

The Senate Appropriations Defense Subcommittee passed a $594 billion defense spending bill.  The legislation seeks to restore the readiness of combat units amid sequestration. It includes $516.4 billion for the Defense Department’s base budget and $77.8 billion for overseas contingency operations, including the war in Afghanistan, in the fiscal year beginning Oct. 1. The White House has threatened to veto the House’s version of the defense spending bill.